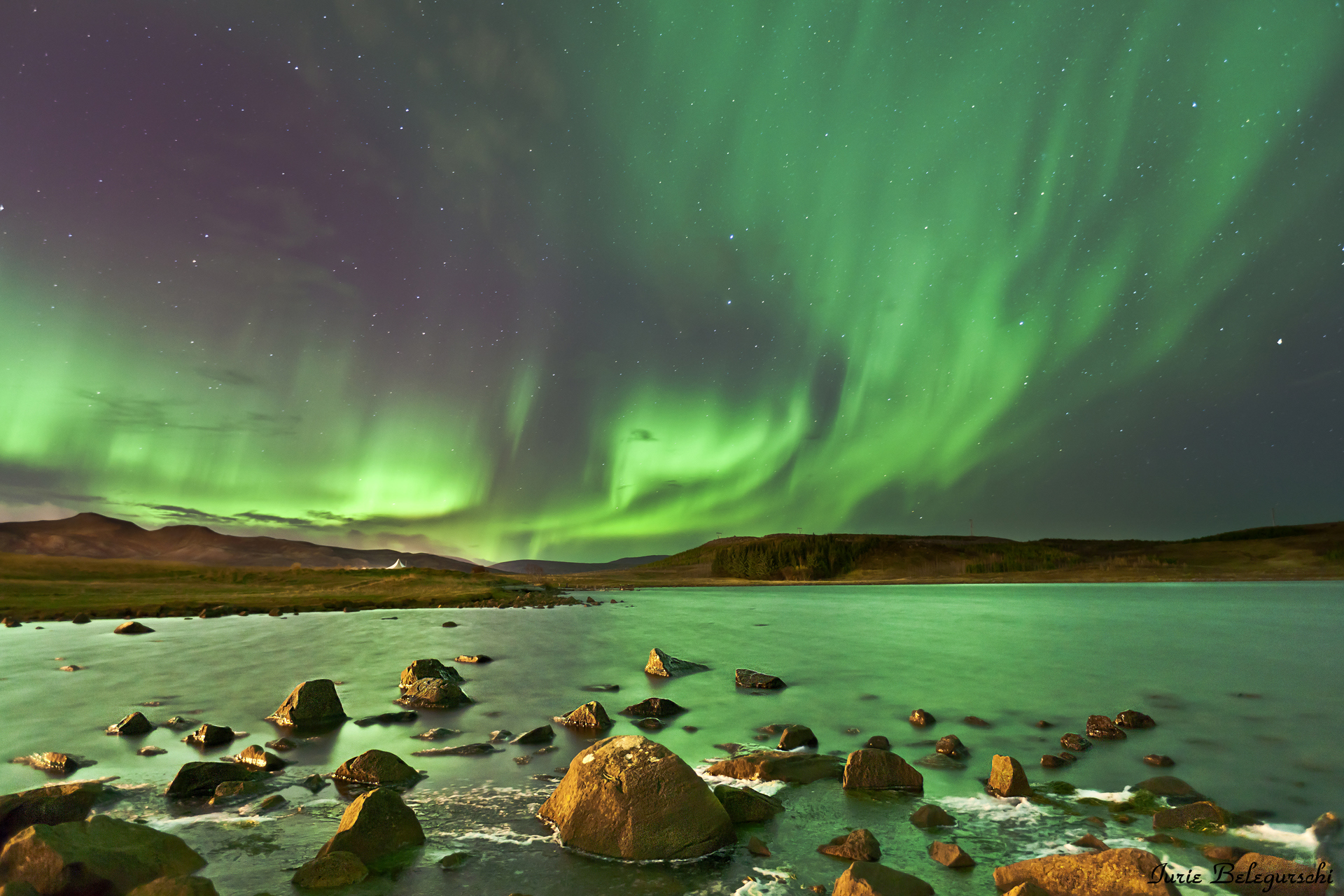 Auroral activity will be very high over North Iceland tonight, causing spectacular Northern Lights to appear in the sky. A group of amateur photographers is now setting up their equipment just outside Húsavík in North Iceland to capture this amazing dance of lights.

Tonight’s Auroral activity is caused by a massive solar flare that hit the Earth late last night. NASA scientists predict that the cosmic activity will expand the reach of the Northern Lights, making them visible for more people around the globe tonight.

“This flare was categorized as an X5.4, making it the second largest flare since the sun’s activity segued into a period of relatively low activity called solar minimum in early 2007,” says Karen C. Fox at the NASA Goddard Space Flight Center.

According to NASA scientists, the Northern Lights are predicted to shine at the brightest levels seen for 50 years this year.