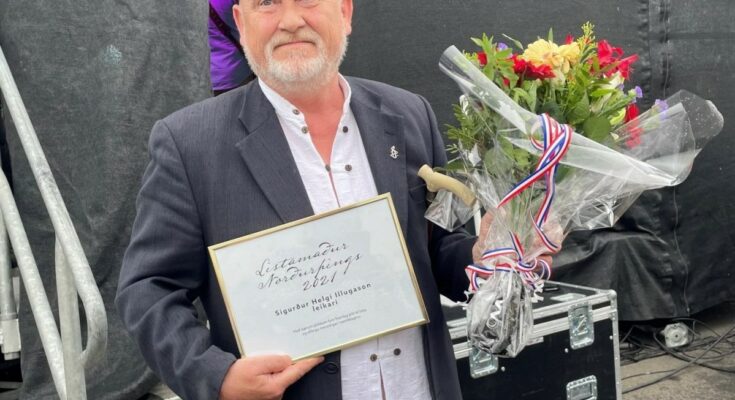 Local artist, actor and musician Sigurður Helgi Illugason has been awarded the title Artist of Norðurþing

Sigurður, or Siggi as he is best known, grew up in Reykjadalur valley near Húsavík until he was 16 years old. Then he moved to Akureyri to study painting and there he met his wife Guðrún Sigríður Gunnarsdóttir. Sigurður moved to Húsavík in 1981 to play football with football club Völsungur and has been prominent in the community ever since.

Sigurður came to international prominence this year as the face of the Húsavík Oscar Campaign.