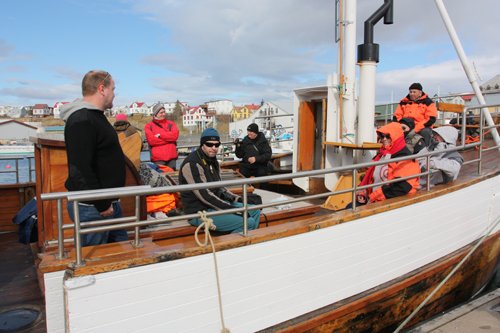 The whale watching season in Húsavík started last week with the spotting of a Humpback whale on Skjálfandi bay. Ten people from all over the world went on the first trip of the summer and were of course delighted after the tour.

The Whale watching season in Húsavík usually runs from mid April to late September each year.

On the website of North sailing, one of the two local operators, is a short account of this first tour of the year: “After about 20 minutes sailing, we found a Humpback whale in a good mood that did some tail splash for us. After a while, we carried on and set our course towards the Puffin island and there we witnessed thousands of Puffins who were flying around and getting ready for nesting on the island.”

The other local operator, Gentle Giants whale watching, plan to start their tours in late April.