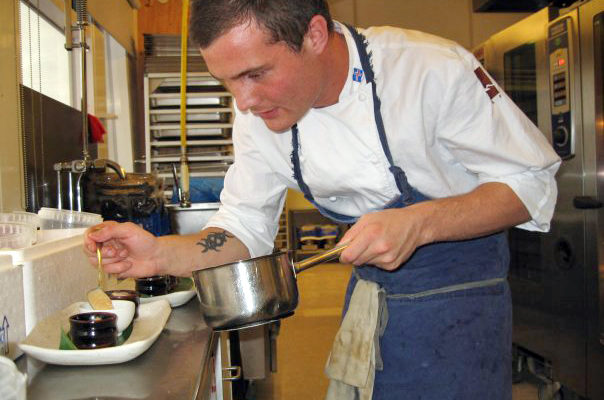 Húsavík chef Gústav Axel Gunnlaugsson has won the Icelandic Chef of the Year 2010 award. Gústav Axel was born in Húsavík in 1987 and is the youngest person ever to win this award in Iceland. Before his career in Reykjavik, he worked as a chef in Húsavík, first at the Húsavík Health Center where his grandfather was chef for decades, and later at Fosshotel Husavik and Gamli Baukur restaurant. He also worked for a while at London restaurant Texture while finishing his studies. Gústav or Gústi, as he is called by Húsavík locals, says his grandfather gave him the inspiration to become a chef. He is now working as a chef at Reykjavik FishCompany in down town Reykjavík.