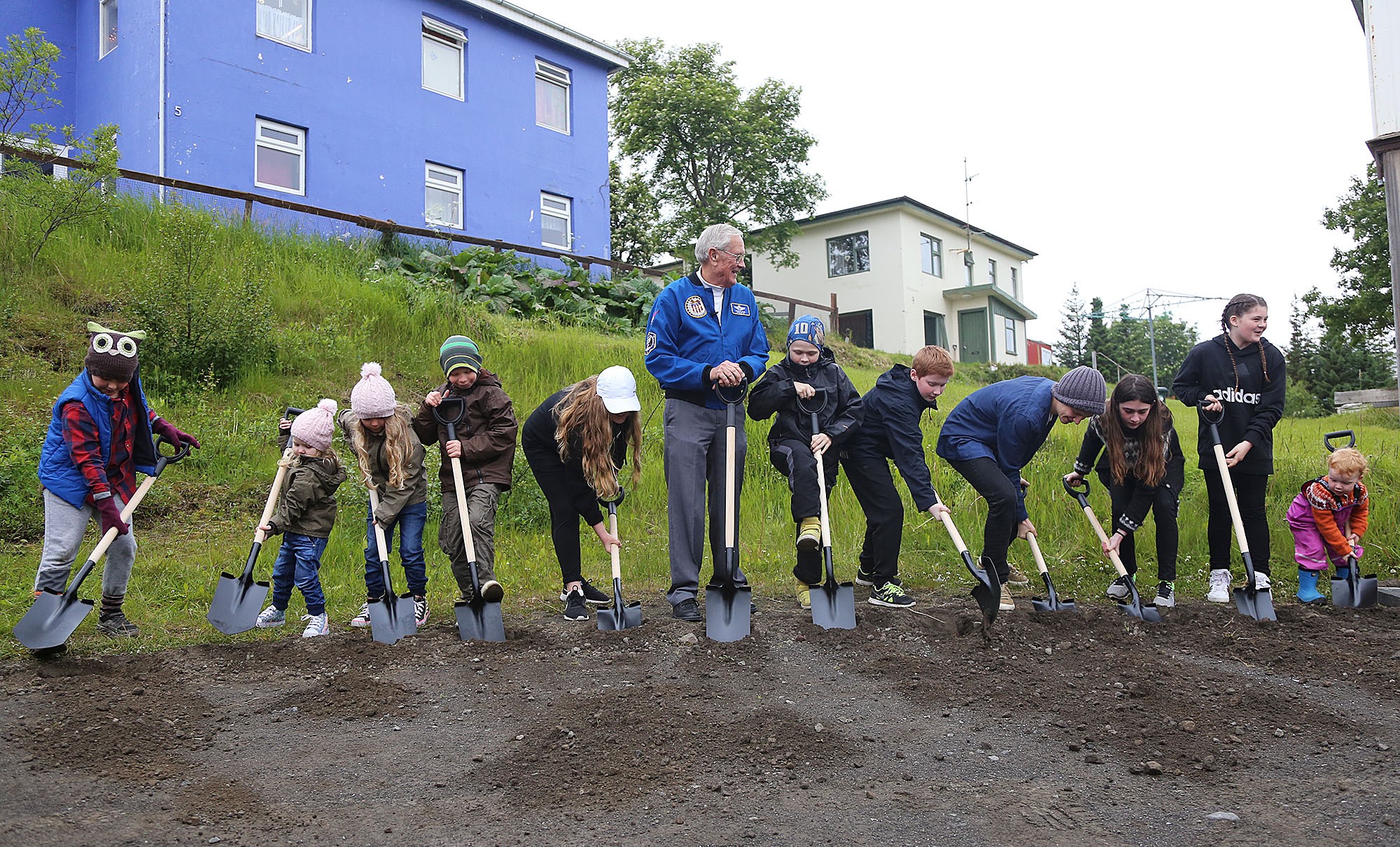 Apollo 16 astronaut Charlie Duke, who in 1972 became the youngest man to walk on the Moon, broke ground for a new  wing of the Exploration Museum today. Charlie Duke spent 3 days on the Moon, performing scientific experiments, as well as roaming over the lunar surface on the Lunar Rover. The Moonwalker was joined by 11 local kids for the groundbreaking, each of them representing one of the 11 other astronauts who walked on the moon, as well as future scientists and explorers.

The new wing of the Exploration Museum will house a full size replica of the Apollo Lunar module, as well as a new polar explorers and children’s science exhibits.

View all posts by Jóhanna Ásdís →