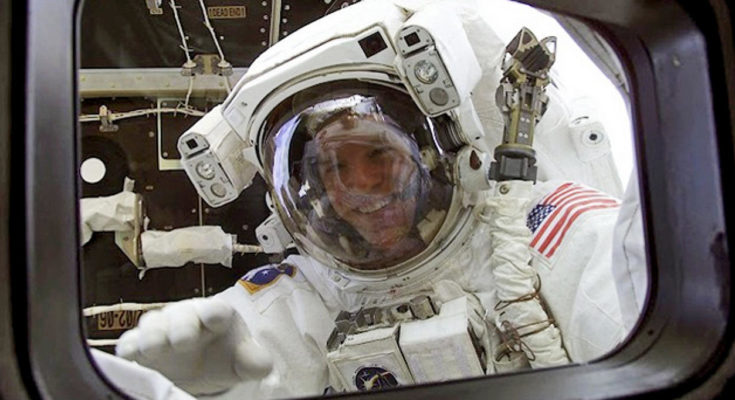 American explorer Scott Parazynski was awarded the Leif Erikson Exploration Award earlier this evening during the final night of the Explorers Festival in Húsavík.

As a veteran of five Space Shuttle flights and seven spacewalks, and as the only astronaut to have summited Mt. Everest, Parazynski is awarded the 2016 Leif Erkison Exploration Award for his lifetime of exploration. He has also traveled to the South Pole and is a life-long SCUBA diver. In 2003, he conducted a scientific dive in the summit caldera lake Licancabur volcano, among World’s highest lakes. In May this year, Parazynski was inducted into the US Astronaut Hall of Fame at Kennedy Space Center in Florida.

Parazynski received the award from the President of Iceland, Guðni Th. Jóhannesson, and gave a talk about his explorations afterwards.