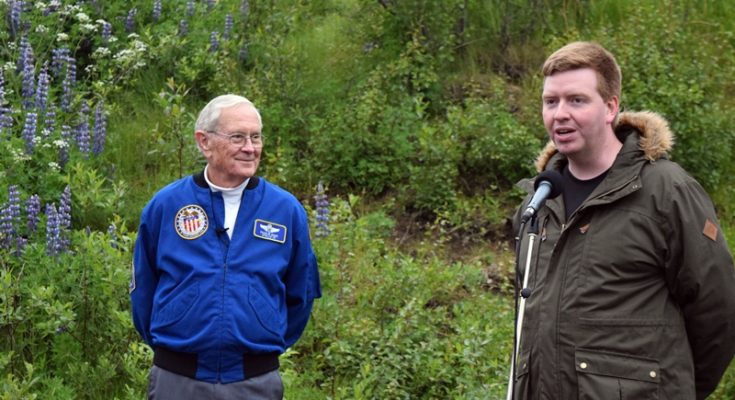 Museum director and hotelier Örlygur Hnefill Örlygsson was elected President of Norðurþing town council at the council’s meeting today. Örlygur has served on the town council from May 2014. He served as chair of the Harbor Committee from 2015 to 2016 and as chairman of the Recycling and Waste Management Cooperative from 2014 to 2016. He also served as chairman of the Húsavík Chamber of Commerce and Tourism from 2011 to 2016.

He founded the Exploration Museum in 2011, dedicated to explorers and astronauts, and has since 2013 invited 9 astronauts to visit Húsavík, including 5 of the Apollo astronauts who trained near Húsavík in 1965 and 1967 for NASA’s lunar landings.

Örlygur is married to Jóhanna Ásdís Baldursdóttir and together they have two daughters, Aníta aged 3, and Ylva born only last month.