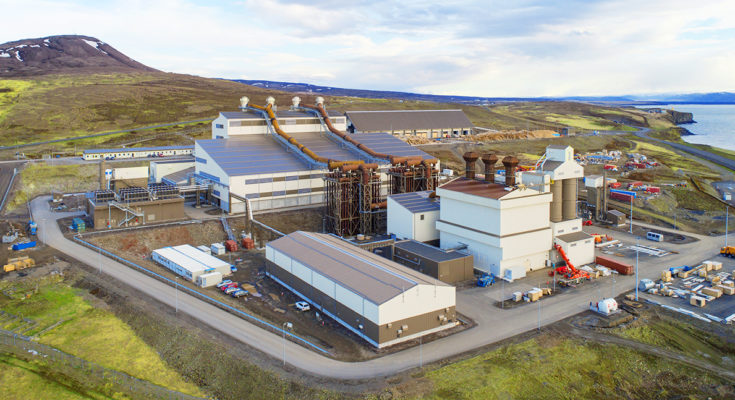 A small fire broke out in the PCC silicon plant at Bakki, north of Húsavík, in the early morning hours during the night shift. A swift response for the municipal fire department, first responders and staff on site prevented further damage. This is the second time that a fire breaks out since the plant went into operation less than 2 yars ago. A fire caused all production to stop for close to 2 weeks last July.