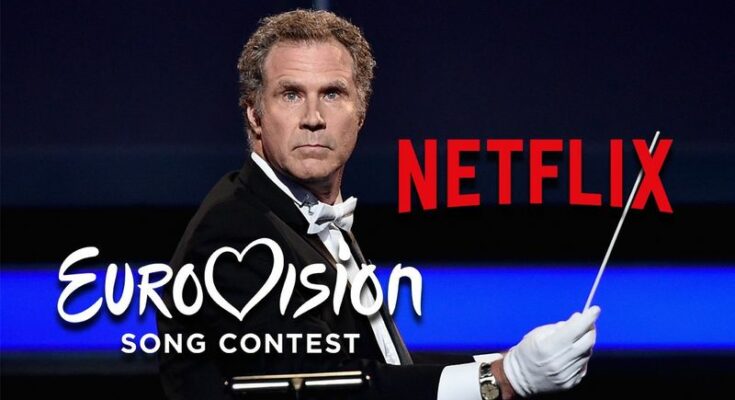 As Iceland experiences an unprecedented Eurovision craze, the people of Húsavík have started to wonder who will present Iceland’s vote in the contest’s final on May 16. For two weeks in October last year, the town of Húsavík was turned upside down for the filming of Will Ferrell’s upcoming Eurovision Film, that is set to be released around the same time as the song contest takes place in May.

Bookmakers have predicted Iceland with the best odds for a win this year with the song “Think About Things” performed by Daði and the Data, that has gone viral over the last five days. The popularity of the song has now spun off a bizarre conspiracy theory that claims Netflix is behind Iceland’s viral entry in Eurovision this year, to help promote the film. Netflix today refused to comment on the theory.

But Húsavík locals now believe the star of the Eurovision film might in fact play a role in the competition itself, presenting Iceland’s vote to a live audience of 180 million in Europe and around the World in the character of Lars Erickssong, the fictional contestant from Iceland. The upcoming film stars Rachel McAdams and Pierce Brosnan as Ferrell’s sister and father, and Demi Lovato as Ferrell’s rival in the contest.

Now we just have to wait to see if we’ll see Will Ferrell back in Húsavík this coming May?

We will not comment on rumour or speculation. https://t.co/z8PVWtfnWd