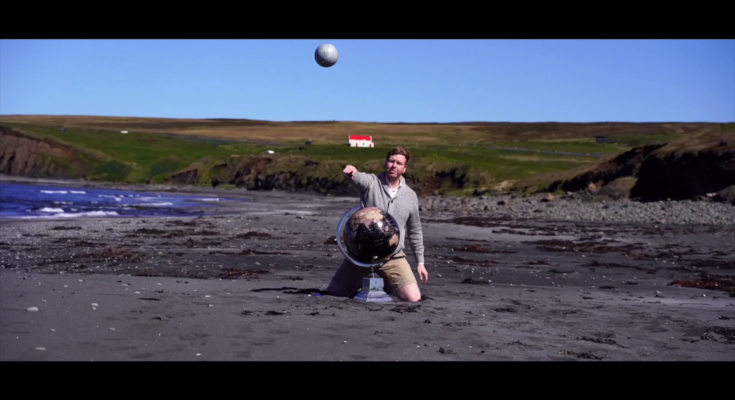 Denver news reporter and aviatrix Amelia Rose Earhart will host a live online screening of the documentary Cosmic Birth this Saturday at 8.30 PM Mountain Time. Earhart, who is a board member of the Exploration Museum in Húsavík, made headlines around the world in 2014 when she completed her global circumnavigation flight in a single-engine aircraft, symbolically completing the flight of her namesake Amelia Mary Earhart.

The film will be followed by a Q&A with the filmmakers and some of the people interviewed in the film and a musical performance by the film’s composers.

Cosmic Birth tells the story of mankind’s journey to the Moon and the experience of viewing the Earth from a quarter of a million miles away. The film also looks into the role that Iceland played in the training of the Apollo astronauts for the first manned missions to another world. The film is written and directed by Exploration Museum founder Örlygur Hnefill Örlygsson and filmmaker and musician Rafnar Orri Gunnarsson. This Saturday will mark the 50th anniversary of the launch of Apollo 13, NASA’s 3rd attempt to land humans on the moon, that has been described as a successful failure, as the astronauts narrowly managed to survive a flight back to Earth after an explosion aboard the spacecraft.

The film premiered on July 20 last year, marking the 50th anniversary of the first manned landing on the Moon. The film has also been screened at the Explorers Club in New York City, at Institute for X in Denmark, as well as at the Húsavík Explorers Festival and Akureyri Arts Festival.