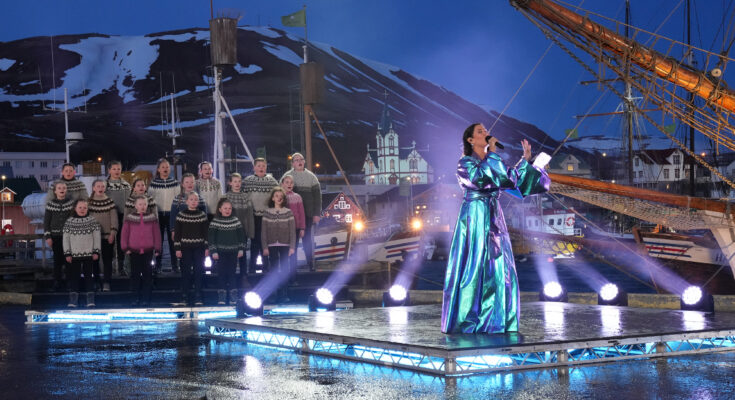 Swedish singer Molly Sandén performed the Oscar nominated song Húsavík with girls from the local children’s choir at the Academy Awards that aired on ABC this weekend. Molly’s performance, that was recorded at the Húsavík harbor, was voted the best performance of the night by more than 64 percent of Oscar viewers.

The song Húsavík from the climatic scene of Netflix’s Eurovision movei was nominated for Best Original Song but lost to Fight for you from Judas and the Black Messiah.

Due to the Covid-19 pandemic, Sandén was unable to travel to Hollywood for her performance so locals worked with the Oscar nominated songwriters to have the song performed from Húsavík at the Oscars. The performance was directed by Eagle Egilsson and produced for the Academy by Truenorth and Orly Orlyson in cooperation with Netflix.