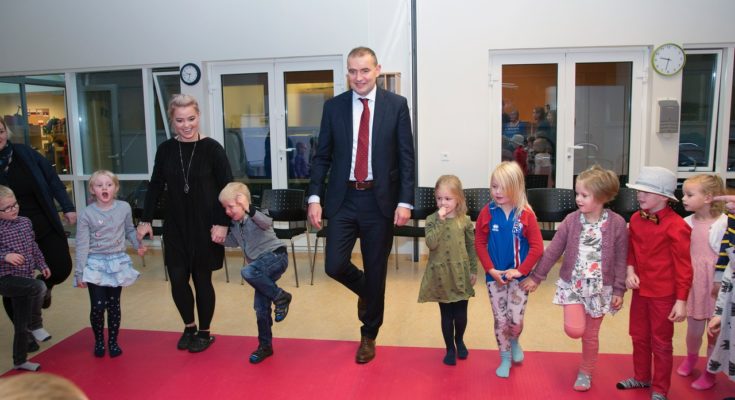 During his official visit to Norðurþing municipality this week, President Guðni Th. Jóhannesson opened a new learning space at local kindergarten Grænuvellir. The kindergarten has seen a growing number of students this year, with 128 students ages one to five, and 43 members of staff currently filling 33 positions.

Like all other learning spaces and classes at Grænuvellir, this new one also gets its name from one of the old houses situated around the Búðará river. The name Róm was chosen after a naming contest among the teachers and staff members. Other spaces and classes are named Árholt, Bali, Berg, Foss, Hóll. Tunga and Vilpa.

Workers also finished work on a new play castle on the kindergarten’s playground this week.