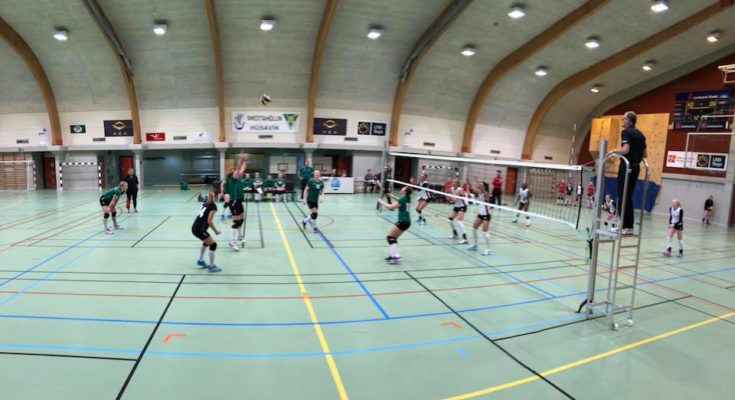 Völsungur women’s volleyball team picked up their first win of the season, in a five-set thriller against Afturelding in Húsavík Sports Hall today. Völsungur were able to outlast Afturelding and take the match, 3-2. Both teams had won two sets coming into set five. Völsungur trailed early in the fifth set but then went on a run to gain the lead and win the set and the match.

This was Völsungur’s first home game this season. The team lost their first two games this season, against Þróttur Nes and KA, both 3-1.

The game was live streamed by Völsungur TV.