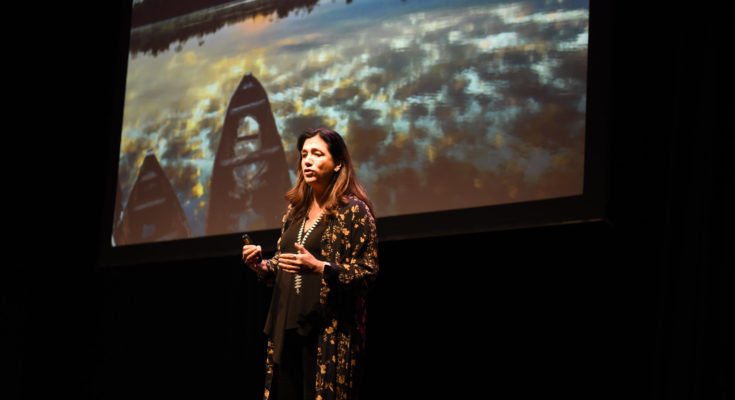 Mexican photographer and biologist Cristina Mittermeier, who was to accept the Leif Erikson Exploration History Award from The Exploration Museum at the Explorers Festival last month, has issued a press release on why she has decided to boycott the award ceremony in Húsavík. In a post on her Instagram feed, followed by over 1 million people, Mittermeier writes:

“While I am honoured to receive the 2018 Leif Erikson Exploration History Award from The Exploration Museum in Húsavík, I cannot in good conscience visit Iceland to receive my award given the lack of action by the Icelandic government to end the barbaric hunting of endangered whales. I made the commitment along with more than 200,000 other people to choose tourism over whaling. If we are going to make an impact, we need to do more than talk or put our names on lists. I will not be contributing to Iceland’s tourism economy as long as the country continues this practice.”

Mittermeier is the co-founder of Sea Legacy. She was awarded the Leif Erikson award for her significant literary and photography works on environmental issues and the relationship between human cultures and biodiversity.

“It’s unfortunate that The Exploration Museum becomes caught in the cross-hairs. My decision to boycott Iceland is in no way a reflection on the value of museum’s work or their position on the issue, nor is it reflective of our feelings towards the Icelandic people,” Mittermeier says in the statement.

In a statement from the museum, the director and curators say that although they understand her position and fully share her concerns, they are nevertheless very sorry about her decision not to visit Húsavík this year.

“Húsavík, the town that hosts both the Exploration Museum and the Explorers Festival, has a strong bond with whales. Whale watching tours are currently the driving force of the local economy; a beautiful and awarded whale museum is located in town since 1997; there is an active University of Iceland’s Research Center in town, focused on the study of whales and strongly supporting marine biology researches; schools in town have projects related to maritime culture and whale protection; and restaurants in Húsavík have installed a policy to not serve whale meat or products.”

“We believe that her visit could have brought even more positive attention to this issue than her decision to boycott Iceland. We share her values on this issue and need strong voices to speak out on this” says Exploration Museum founder and director Orly Orlyson, who also serves the the president of the town council.