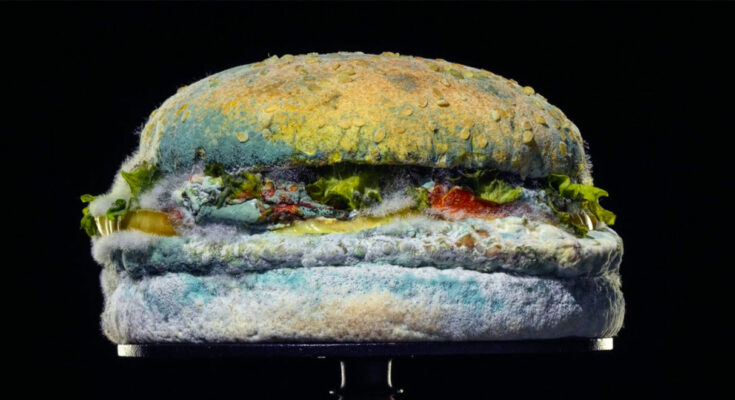 Burger King is rocking the Internet today with its nauseating new ad campaign, featuring a Whopper molding over the course of 34 days. The campaign may be inspired by an Icelandic man and his live stream of the last McDonalds burger sold in Iceland.

In 1993, McDonalds opened its first location in Iceland. It was a big day for Iceland, finally we were a nation among nations.  The prime minister bought the first burger, and a photo of him eating a Double Cheeseburger graced the covers of  most of the newspaper the following day. But after the fall of the Icelandic banks in 2008 and the financial crisis, McDonalds closed all their locations in the country. Hjörtur Smárason, then a media specialist and now the Chief Communications Officer at Space Nation, bought the last McDonalds burger in Iceland and stored it away.

“I didn’t really have a plan when I bought my burger. I had heard that McDonalds doesn’t rot and played with the idea of testing that rumour, if it was really true. So this was the last chance. I also knew that if it didn’t rot, I would have a good story here, although I never expected it to become world news,” Smárason told the Húsavík Observer.

For the first three years he kept the burger in his home, not giving it much thought. “It wasn’t until I was moving and cleaning out my garage three years later that I found the burger and realised that it looked like I had bought it just 15 minutes ago. As I was moving out of the country I didn’t want to take it with me. I didn’t want to throw it out either. Not only was it a proof that McDonald’s burgers don’t rot, it was also the last McDonalds burger in Iceland, meaning it was a historical artifact. And what do you do with historical artifacts? Well, you put them on a museum”.

Smárason reached out to the National Museum and to his pleasant surprise, they were interested in exhibiting it.

“It was there for a year until a conservation specialist decided that it was food and the museum could not preserve it. Which is of course ridiculous, as it just preserves itself. So since then it has been on display with a life webcam streaming from it”.

His 12 year old McDonalds burger is now on display at Snotra House in Southern Iceland.

The new ad campaign from Burger King has a clear message. The fast food giant is removing artificial preservatives from the Whopper sandwich. With it, the chain is announcing that more than 90 percent of food ingredients at Burger King are now free from artificial colors, flavors and preservatives, and that 100 percent of ingredients are free of MSG and high-fructose corn syrup.

“From a marketing standpoint, it is a brilliant campaign. In a way, it is what you can call shockvertising. The images of your product in a very bad shape, shockingly graphic images of rotten food. It is definitely an attention grabber and creates a lively discussion. So no matter what effect the image itself has on people, it is guaranteed to grab attention and increase brand awareness for Burger King, with the message that they offer food that is real, proven by the mold,” Smárason says. 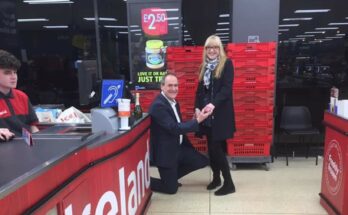