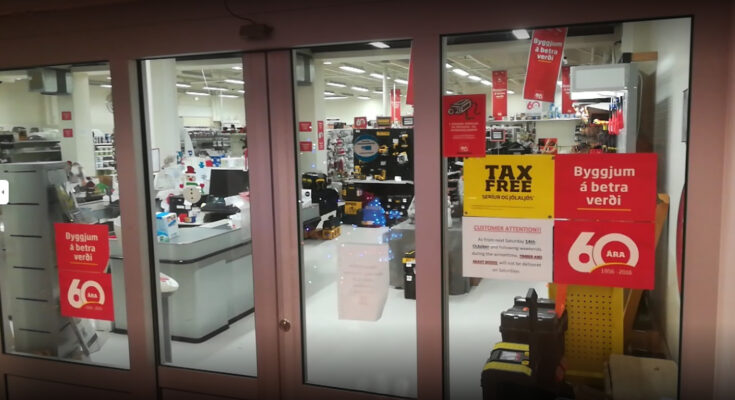 Hardware store chain Húsasmiðjan has announced the closure of their stores in Húsavík and Dalvík at the end of this year. The company’s employees in the towns will be invited to work in a new superstore in Akureyri that will open in Freyjunes next year.

An announcement from Húsasmiðjan states that the company’s representatives are aware of the importance of the smaller and more scattered settlements in the country having access to good services in their home areas. The operations of the stores in Húsavík and Dalvík have, however, proved difficult in recent years. This news comes as a surprise to union leader Aðalsteinn Árni Baldursson in Húsavík.

Last Friday, officials from the Trade Union Office went to the store. “To make a long story short, it was crazy to do in the timber department and yet quite a long wait for service, as often before, as there was a lot to do for the employees. Large and small cars came and carried goods. A farmer from Mývatnssveit could be seen buying timber, poles and fencing materials. Another farmer from Aðaldalur was also buying timber and iron for his farm. A contractor involved in the development in Öxarfjörður, which is connected to aquaculture worth several billion, was buying pipes and more. And some locals were looking at the purchase of various goods and looking for offers as well as contractors,” says in a story on union website framsyn.is