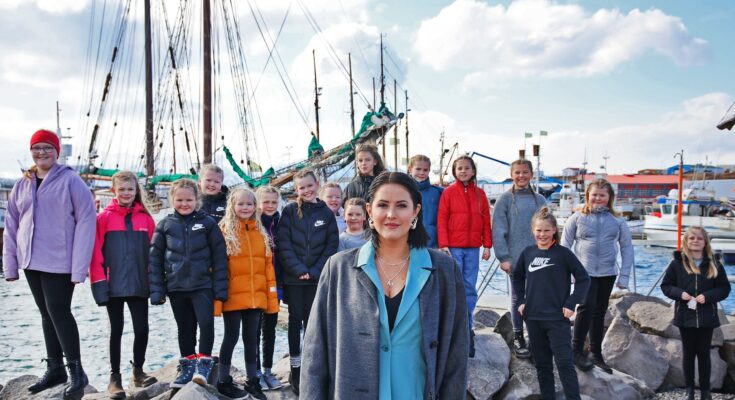 This weekend, Swedish singer Molly Sandén was awarded the title of honorary citizen of Húsavík by Hannes Heimisson, Iceland’s ambassador to Sweden. Hannes presented Sandén with the honorary title in a live broadcast on the talk show Hellenius hörna on TV4 while the Icelandic flag was flown in the background.

Molly Sandén performed the song Húsavík My Hometown in the film Eurovision Song Contest: The Story of Fire Saga, which was nominated for an Oscar for Best Original Song at the 93rd Academy Awards last April. In the film, Sandén provides the singing voice for Rachel McAdams who plays the role of Sigrit.

Sandén came to Húsavík and performed the song together with the girls’ choir from the fifth grade of Borgarholtsskóli to open the Oscars last April. The Oscar performance was directed by Eagle Egilsson and produced by Orly Orlyson and Truenorth.