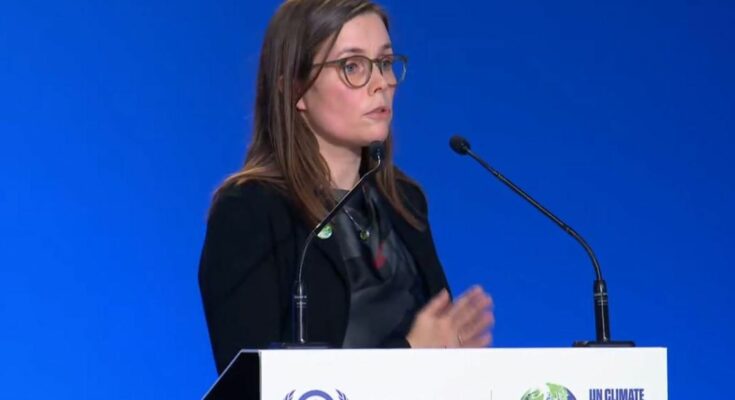 Prime Minister Katrín Jakobsdóttir emphasized the importance of integrating the fight for equality and climate change when she addressed the COP26 climate conference earlier today.

She also spoke about the importance of responding to the climate habit we face, but was also hopeful, referring to the words of Andri Snær Magnason, writer and environmentalist, when she drew attention to our potential for creating the future.

At the beginning of the speech, Katrín drew attention to the fact that the evidence had never been so clear. The combined objectives of the Paris Agreement are not enough to keep climate change at risk and nations need to update it.

It also reported that Iceland had set itself more ambitious targets, which provide for a 55% reduction in emissions by 2030, compared to an earlier target of 40%. In addition, the Althingi had legislated our goal of carbon neutrality by 2040. We would be one of the few nations to do so. The policy would then be to stop the use of fossil fuels completely by the middle of the century.

Students of Secondary Schools and Universities required to wear masks