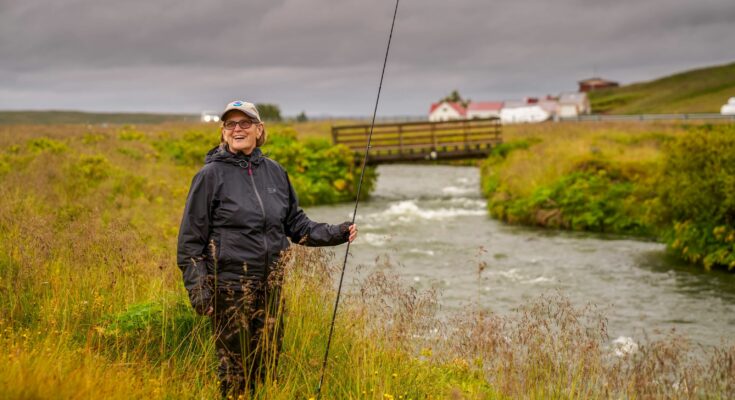 Astronaut Kathy Sullivan has been awarded the Leif Erikson award, by the Exploration Museum in Húsavík. This is the 8th time the museum hosts the awards. In 1984 she became the first American woman to perform a spacewalk, at age 33 on October 11, 1984, on the first of her three flights into space.

In 1990 she was on the crew of Space Shuttle Discovery that deployed the Hubble Space Telescope, starting a new age of space exploration. On the Hubble deployment mission, Sullivan and the crew of Discovery reached the highest altitude ever reached by a Shuttle orbiter, at 621 kilometers above Earth’s surface. During her three missions into space from 1984 to 1992, Sullivan orbited the Earth a total of 356 times, and covered a distance of nearly 14 million kilometers in space.

After her career at NASA, Sullivan became the Chief Scientist of the National Oceanic and Atmospheric Administration, NOAA, in 1992. In 2013 she was nominated by US President Barack Obama to serve as the Administrator of NOAA. Her nomination was confirmed by the US Senate on March 6, 2014.

On June 7, 2020, Sullivan became the first woman to dive down to the Challenger Deep in the Mariana Trench, the deepest part of the Earth’s oceans. Her exploration covers a vertical distance of 632 kilometers, from 621 above the Earth’s surface, and down to 11 kilometers below sea level.
The museum also awarded explorers Will Steger and J.R. Harris from the USA, Dominique Gonçalves from Mozambique, Geoff Green from Canada and Belén Garcia Ovide from Spain, who is the director of Ocean Missions in Húsavík. The chairperson of the jury was Jeff Blumenfeld, chapter chair at The Explorers Club.